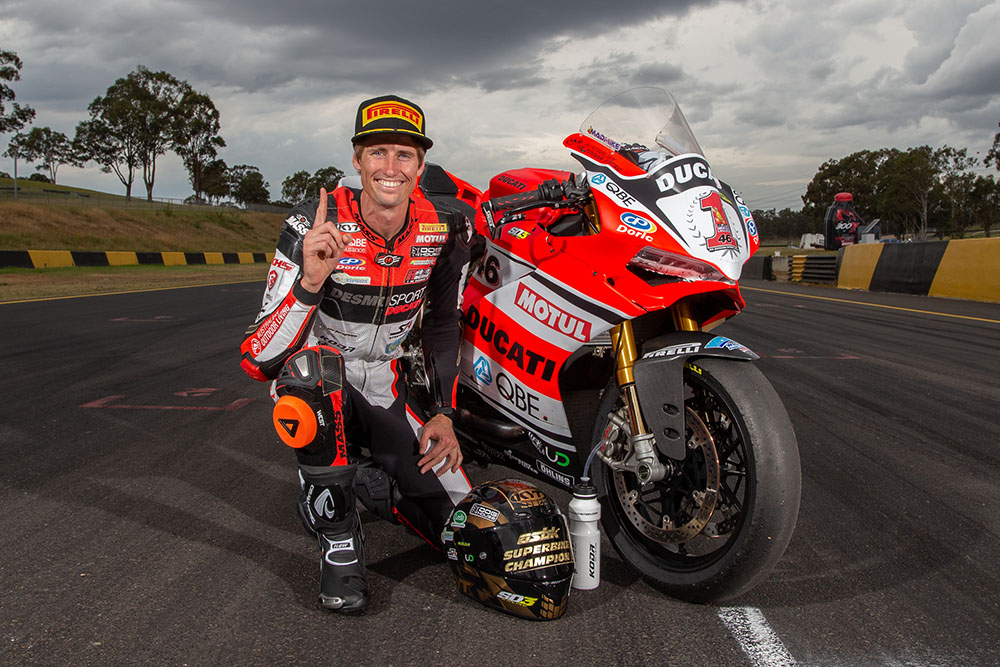 In an amazing battle that went down to the end, Jones and title rival Troy Herfoss staged a winner take all battle on the last lap of the season which included 3 lead changes and ultimately the Doric Ducati rider emerging victorious with the race and championship victory.

Jones qualified 7th but that didn’t hold him back, winning both races to take the 2019 ASBK title by 6.5 points. Jones replaced the legendary Troy Bayliss who was injured at the first round of the season.